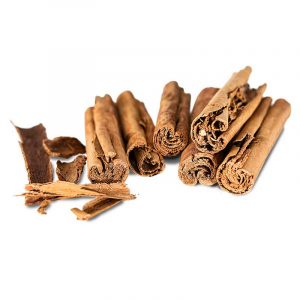 Cinnamon Organic from Madagascar is dried inner bark of a small evergreen tree that is harvested during the rainy season when the bark is most flexible and easiest to work with.

PHAEL FLOR EXPORT grows cinnamom on a surface of 200ha in the Vatomandry and Mahanoro regions, in partnership with native farmhands from Ilaka East.

With the assistance of the company, these local growers perform the cuttings and peeling of the barks. The company also provides the required equipment to dry the barks in order to preserve the quality and the sanitary features of the products.

The age of the tree, the attention given at harvest time, and season have an influence on the product value.

The Cinnamon Organic from Madagascar (cinnamom zeylanicum) has the same subtile, sweet and delicate flavor as the Cinnamom produced in Sri Lanka, but is quite different from the Chinese Cinnamom (cinnamomum kassia). Indeed, the Cinnamom from China contains some coumarin, a substance prohibited in some European countries.

Products traceability is fully carried out by the company, all the products are certified organic according to the European (EC), American (NOP) regulations.

Cinnamom is used as a spice in cooking and in the food industry. Cinnamom essential oil is mostly used to aromatize liqueurs and cosmetics.

Back to Phael Flor Export catalog